Tuesday morning I got some tragic news from my friends as Two Rivers Marketing. A plane that Two Rivers had chartered for a business trip crashed a few miles outside South Bend, Indiana. On the plane were five people, four of whom I had the privilege of working with during my six months at their company. 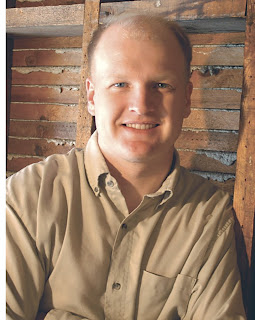 One of them was a very good friend of mine. Actually Eric Jacobs was much more than a friend. He was friend, a father, an advocate and a leader in our community.
When my wife and I moved back to Des Moines, Eric wanted me to come to Two Rivers. He was adamant about it. In a company that had been burnt by consultants in the past, he put his reputation on the line a recommended me to the senior partners. I was flattered and I tried like crazy to make sure that he didn't tarnish his reputation by recommending me. Eric was always there to encourage me to take on a new challenge. He believed in me and that helped me believe in myself.
As a leader in the community, Eric took the reigns of the Iowa .NET User Group and has been leading us since its inception. He always joked that since he couldn't code very well, he had to find another way to contribute. He came up with the idea of linking our members with leaders of other non-profit organizations and having us create websites for them. We would never be comfortable taking the credit himself, but he was the guy ordering the pizza every month. He was the guy sending the email reminding people about the meeting. He was the guy updating the website. He was the guy!
As a father and husband, Eric was my role model. I was always amazed at his ability to raise four boys with his wife, Heather. When my family and I went through a personal tragedy, Eric and his family had gone through something similar and he helped me through it. When my wife became pregnant with our first child, he let me know what to expect and made me less anxious about becoming a father.
I couple weeks ago, Eric called and wanted to get together for lunch. Unfortunately our schedules didn't mesh and we were never able to get together. I'm so sorry we couldn't see each other one last time. God bless you Eric, you touched the lives of many. You will be missed.
Posted by Tim Gifford at 10:55 PM No comments: